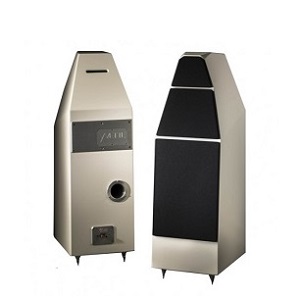 When we think about Wilson Audio, there is a strong propensity to get caught up in the company’s heritage.

It’s easy to do. Wilson’s place in the industry and in the history of audio is formidable, even extraordinary.

Wilson’s past is glorious, and it’s something most loudspeaker brands cannot claim.

But for some, a rich heritage can be a crutch, and can be, somewhat ironically, a marketing hurdle. For Wilson,

the company remains at the cutting edge of loudspeaker technology.

Wilson is very excited to introduce its fifth all-new loudspeaker in as many years: The Yvette.

As we launch our newest loudspeaker, the natural questions seem to be within the context of Wilson’s past models.

This is understandable. Dave Wilson’s WATT/Puppy literally transformed the high-end loudspeaker market in the late eighties,

and went on to be the best selling loudspeaker in the over-$10K category in history.

The Yvette may also invite comparison to Wilson’s cult favorite, the Sophia. Again, this makes sense.

For thousands and thousands of music lovers and audiophiles, Sophia was the first experience they had with Wilson.

Sophia was treasured for her unique combination of musicality and accessibility with other traditional Wilson virtues,

such as dynamic resolution and soundstaging. She was, above all else, easy-going and eminently lovable.

The new Yvette draws from this rich tradition. But, perhaps more importantly, it derives its core technology directly

from the enormous research-and-development reservoir of what is perhaps Wilson’s most prolific era of innovation to date.

Wilson’s latest Sasha Series 2, the Alexia, the leading-edge Alexx have all informed the Yvette project, in some cases,

with identical components. And like the Alexx, the Yvette was developed alongside Dave Wilson’s new Wamm project.

Yvette is the most advanced and musically refined single-enclosure loudspeaker in Wilson’s history.

Like all recent Wilson loudspeakers, the Yvette is the beneficiary of Wilson’s state-of-the-art composites research,

the heart of which is the laser vibrometer. Beyond using the best enclosure materials, the Yvette’s architecture is driven by two factors:

The enclosure is built primarily from two Wilson-developed composites: the third generation of X-Material,

an extremely well-damped and inert composite, and S-Material, which was developed for exquisite midrange performance.

between the woofer below and the tweeter above. Wilson’s engineers designed a new venting system for the midrange enclosure,

similar to those found on the XLF, Alexx, Alexia, and Sasha Series 2.

The tweeter baffle is built from X-Material, and, like the mid baffle, is optimized for time-domain performance and dispersion.

The X-Material woofer baffle is also positioned optimally in the vertical array. As is true for the Sabrina, Alexx,

and the upcoming Wamm, Yvette’s bass baffle angles back slightly toward the midrange for better dispersion accuracy

in the upper bass, and more optimized time alignment between the woofer and midrange.

The lowest section of the enclosure, below the woofer, changes direction again, and is perpendicular to the ground.

This facilitates a smaller footprint when compared to the Sophia.

another direct result of laser vibrometer testing. Even the tweeter grille design was scrutinized and meticulously designed,

with a frame shape that reduces acoustic interaction.

Wilson’s exclusive resistor tuning system, located in an isolated chamber on the rear of the enclosure,

can be accessed through a convenient cover on the rear of the loudspeaker.

It features improved hardware and accessibility over that found in the Sophia 3.

The Yvette shape and overall aesthetic may call to mind the Sasha Series 2 and elements of the Sabrina.

She is simple and organic, with sculpted lines that remind the viewer of the important function her shape serves.

In conjunction with the Wamm project, Wilson Audio recently completed yet another wave of research into tweeter technology

and driver materials. Tweeters with domes constructed from beryllium and diamond-

the seemingly ubiquitous choice of many loudspeaker engineers—were developed, tested,

and rigorously compared to the latest version of Wilson’s Convergent Synergy Tweeter.

While many of these designs held promise on paper, they all fell well short of the musicality,

The Yvette employs the MK III version of the Convergent Synergy Tweeter, which is also found in the Sasha Series 2 and the Alexx.

It mates seamlessly with Wilson’s proprietary midrange driver, which is the same unit found in the Alexandria XLF.

The ten-inch woofer chosen for the Yvette was (one of two woofers) originally developed for the Alexia,

and is a cousin to the ten-inch in the Alexx and the upcoming Wamm. These newest series of bass drivers are partially responsible

which was optimized for this driver in terms of volume and resonance control, it pushes the boundary of musical accuracy,

extension, and dynamics for such a compact loudspeaker.

While not adjustable in the time domain as are Wilson’s larger, modular designs,

the Yvette benefits from Wilson’s patented testing protocols, and is uniquely time coherent for a single-enclosure design.

to all multi-driver systems, and has, for decades.

Be the first to review “Wilson Audio – Yvette” Cancel reply 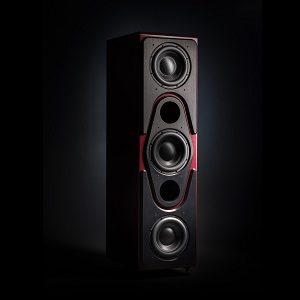 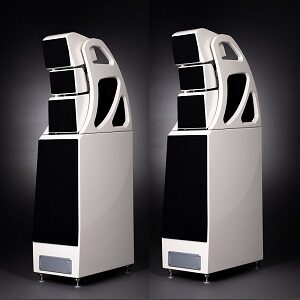 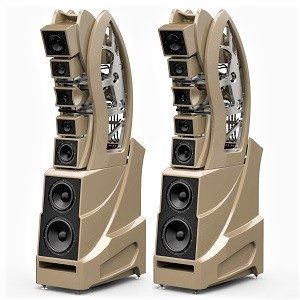 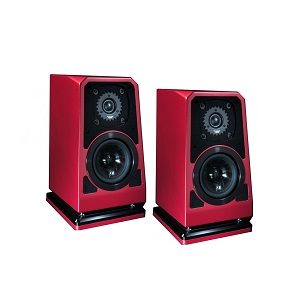 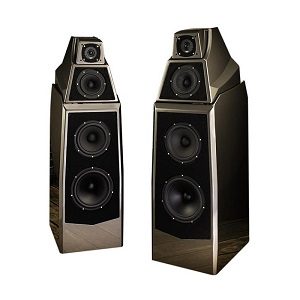 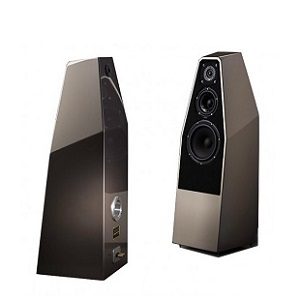