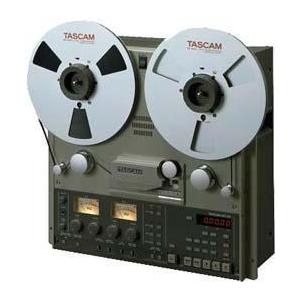 Tascam rep says this was the last analog reel to reel tape recorder to be manufactured by Tascam.

3-point Memory, entered either ‘on the fly’ or via Select and Number features

Repeat playback over the desired segment of the tape

Maximum +/-12% speed variation both in record and playback

Be the first to review “Tascam – BR-20T” Cancel reply